Can an Architect Be a Humanist?

In 1984, author and playwright Robertson Davies gave the David Coit Gilman Lecture to an audience largely consisting of doctors and medical students at the Johns Hopkins Medical Institution. Davies entitled the lecture "Can a Doctor Be a Humanist?," raising questions about the nature of the medical profession and the potential tension between the doctor's allegiance to largely impersonal medical science, on the one hand, and the doctor's role as healer with a magical, personal touch, on the other. The text of this lecture can be found in a collection of Davies' work published posthumously. 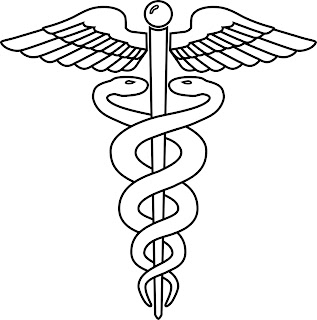 The Caduceus, the snake-entwined staff that symbolizes medical practice, is invoked by Davies as the illustration of this tension, with the right-hand snake being Knowledge and the opposing left-hand snake, Wisdom. To the doctor, Knowledge is the outwardly obtained and applied science, the results of laboratory experimentation, and clinical studies of large numbers patients. In opposition resides Wisdom, an introverted element that looks "not at the disease, but at the bearer of the disease [italics mine]," and comes from within. It is Wisdom that establishes the link between patient and healer, allowing the patient and her condition to "speak" and for the healer to listen. For the purposes of his lecture, Davies renamed the snakes of the caduceus as Science and Humanism and posed the title question to point out that the medical profession seems to be increasingly and overwhelmingly concerned with science.
Davies goes on to describe something he calls "doctor psychology," characterizing doctors as loners and naturally suspicious of cooperative efforts. Doctors are Heroes with a drive to conquer and rule without interference, reinforced by the natural tendency of the patient to view the physician as a god, with power over life and death. This is where Wisdom, or Humanism, has the potential to make a difference - allowing the patient and the true nature of things to speak. Sometime the diagnosis has little relationship to the actual emergent illness and is linked to underlying issues. Davies cites a personal example of a wise doctor treating his severe cold symptoms with probing questions into the stresses within Davies' life, ultimately revealing an underlying issue related to his work. Wisdom determines the difference between "a first-rate healer and a capable technician."
This leads me to the question the architect. I believe that there is an "architect psychology" that, despite the pervasive invocation of "collaboration" within the profession, is based on a similar kind of hero archetype. The architect, armed with specialized knowledge, is all too often engaged in the practice of "conquer and rule," with a patronizing approach towards all who might "interfere." Although there is no doubt that lifelong design education and experience provide unique perspectives, are architects viewing the world through a lens with a balanced filter - with Knowledge and Wisdom held appropriately tensioned?
The term "humanism" is often associated with the rejection of theistic religion and the supernatural in exchange for a secular worldview that celebrates human achievement. Despite the historical precedent for this association, Davies is careful to direct his usage of the term to the broader meaning, that of "an ethical system that centers on humans ans their values, needs, interests, abilities, dignity and freedom." For the architect, being a humanist in this sense does not mean the Howard Roark model of architect-as-hero or any other kind of Randian elevation of the individual to god-like status. If anything is to be elevated, it is to be the values and spirit of the people that are touched by the architect's work. And these qualities are accessible only through listening and observing through the lens of Wisdom.
Like the diagnostician's approach to a patient, the architect has an obligation to gather the elements that influence a design. Perhaps the architect can cultivate an approach that looks beyond the obvious and reveals the underlying issues, tapping into the humanity of those served, and thereby avoiding the "heroic" treatment of symptoms.
author: Andrew Moore at 9:08 AM